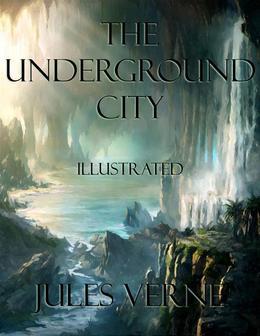 by Jules Verne (Author)
Buy for €1.49 Excerpt
Fiction Action & adventure Classics Literary Mystery & detective Science fiction
warning_amber
One or more licenses for this book have been acquired by your organisation details

The fortunes of the mining community of Aberfoyle near Stirling, Scotland. Receiving a letter from an old colleague, mining engineer James Starr sets off for the old Aberfoyle mine, thought to have been mined out ten years earlier.

Starr finds mine overman Simon Ford and his family living in a cottage deep inside the mine. Mysterious and unexplained happenings start to occur around the main characters, attributed initially to goblins and fire-maidens. Suspicious, Harry continues his explorations of the cavern system, where down a deep shaft, he discovers a young orphan girl named Nell.

Over the course of the next few years Nell is adopted by Simon and Madge but reveals nothing of where she came from, only that she had never been out of the mine.