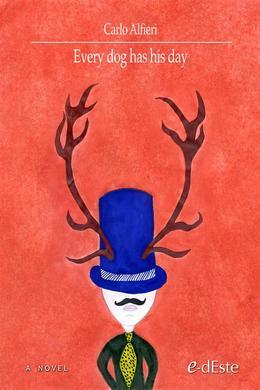 Every dog has his day

by Carlo Alfieri (Author)
Excerpt Buy for €3.49
Fiction Literary
warning_amber
One or more licenses for this book have been acquired by your organisation details

John W. Lockwood’s dismal entry into this world is transformed by a media circus and he grows up in affluent surroundings: international schools, high society, a cosmopolitan life. Accomplished and well-educated, John moves smoothly from one success to another: his field of action is high finance. Even his love life soars… until his story turns inside out, and when the princess kisses the prince, he turns into a toad.
But the toad John W. Lockwood is a feisty character. Success, not defeat, is written in his DNA. Lockwood falls from a great height and then climbs back. He was born to fight and will not accept the setbacks.
His struggle to redeem himself not only rewrites the values on which his life is based, it does much more: he delves into human misery showing that there is light at the end of the longest tunnel, moving forwards and taking others with him.
This is a story of personal development, of evolution and of hope.
--
Carlo Alfieri.

Born in Milano, Italy, he holds a degree in industrial chemistry from the university of this city.
Since he retired he has been able to dedicate his time to his great passion: writing.

He has now written eighteen novels, of which five have been published as books, while the others are available as e-books.

His hobbies are cosmology and cooking, he lives in a house in the woods on the banks of Lake Maggiore.
He has a ginger cat called Leo, who loves to sleep on the keyboard of his computer.