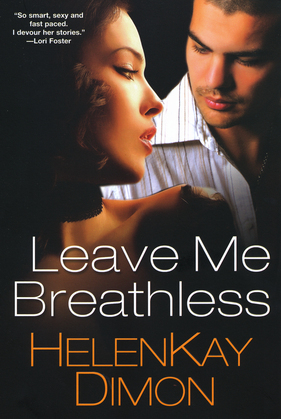 by HelenKay Dimon (Author)
Buy for $11.90 Excerpt
Fiction Romance Contemporary
warning_amber
One or more licenses for this book have been acquired by your organisation details

According to Judge Bennett Walker, trying to kill him is a dumb idea. They might make him wear a big black nightgown to work, but it covers a lot of muscles, and he's definitely packing beneath it. He's also an ex-prosecutor and an ex-GI Joe. So when his brother brings in Callie Robbins to protect him, Ben has a few issues. First, he doesn't need a bodyguard. Second, she's a 130-pound girl--more smoking hot than smoking gun. And third, what if his body wants her guarding the night shift?

Callie has no problem brushing aside Ben's disbelief. She left the FBI to escape the boys' club, but she can be deeper undercover and twice as lethal as any beefy John Doe. As for whether someone's after Bennett or not, the death threats and car bombs look pretty convincing to Callie. Of course, she might get distracted, sitting inches from the sexiest judge in DC for ten hours a day. Keeping him safe is no picnic. Keeping it professional--that might be impossible.

"So smart, sexy and fast paced. I devour her stories."
--Lori Foster