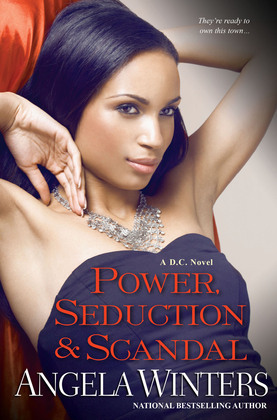 by Angela Winters (Author)
Excerpt Buy for $1.99
Fiction Christian Romance Contemporary women
warning_amber
One or more licenses for this book have been acquired by your organisation details

After a rocky year, D.C.’s most ambitious divas are back on track. But in a city of social climbing and scandal, can they stay ahead of the game?

Happy in marriage and motherhood, Sherise is back at work and ready for a big promotion to White House press secretary—until an incompetent rival gets the job instead. Something’s dirty and Sherise is going to get to the bottom of it…. Billie’s law career is thriving, and she’s newly engaged. But between her fiancé’s disapproving mother and his angry ex-girlfriend, Billie’s plans for the future may be put on hold—permanently…. With a new job at a lobbying firm, Erica is ready to put the past behind her. But when her estranged father’s tragic death leaves her newly wealthy, she finds herself at the center of a power struggle that could cost her more than money…

Whatever obstacles try to block their dreams, these ladies will find a way to conquer them—no matter what it takes…