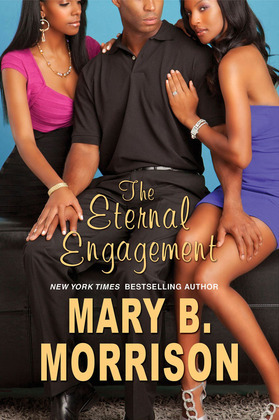 by Mary B. Morrison (Author)
Buy for $6.64 Excerpt
Fiction Christian Romance Contemporary women
warning_amber
One or more licenses for this book have been acquired by your organisation details

New York Times bestselling author Mary B. Morrison's thrilling tale of a love triangle, lives at a crossroads, and the price of secrets. . .

After her high school sweetheart joined the military, Mona Lisa Ellington thought she'd never love again. So she settled for a man who cherished her--and made his living hurting others. Yet she prayed her fiancé would one day return.

Mona Lisa's classmate, Katherine Clinton, knew she'd marry her high school sweetheart and live happily ever after. But when he left for the military, she had to make new plans for her and their son. Still, Katherine dreamed of the day her fiancé would return.

William Lincoln joined the military to make his grandfather proud. He never imagined he would be gone so long. Or that his selfish proposal to two women would be the least of his problems. . .because all three would soon face the consequences of too much deception.. . .