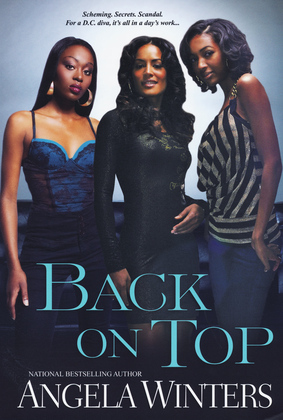 by Angela Winters (Author)
Excerpt Buy for $1.99
Fiction Christian Romance Contemporary women
warning_amber
One or more licenses for this book have been acquired by your organisation details

"A drama-filled story of friendship and lies." --Urban Reviews

When it comes to joining the ranks of Washington, D.C.,'s glamorous elite, no social ladder is too high for these ambitious ladies to climb. . .

Sherise, Billie, and Erica will do anything to penetrate the Capitol's shimmering social circle, even if it means engaging in some risky business. Sherise's dangerous game with a ruthless powerbroker is putting her on the White House fast track--and derailing her marriage. . .. High-powered lawyer Billie will use any weapon to battle her sexy ex-husband between the sheets. . .. Erica's prestigious promotion at the Pentagon means bad news for her former-hustler boyfriend that may wreck her dreams for good. . .. And when the drama explodes, these divas will have to fight fire with fire, and prove their loyalty to each other--because in D.C. you always need someone to have your back. . .

"This page-turner is set in the world of Washington, D.C., power brokers--and the three leading ladies are taking names! --RT Book Reviews on Almost Doesn't Count