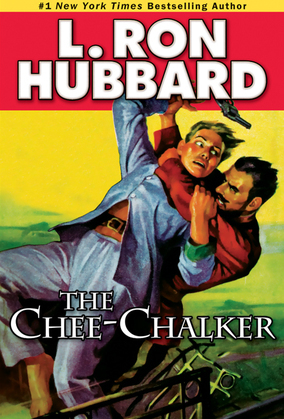 by L. Ron Hubbard (Author)
Excerpt Buy for $4.99
Fiction Mystery & detective Action & adventure
warning_amber
One or more licenses for this book have been acquired by your organisation details

A Chee-Chalker is a newcomer to Alaska; an Indian word meaning one who is inexperienced or has no knowledge.

Bill Norton might be new to Ketchikan but he’s no tenderfoot. In fact, he’s one of the sharpest FBI agents this side of the Yukon—savvy, tough, and resourceful, like Harrison Ford as Jack Ryan in Clear and Present Danger.

Norton's come to this rough-and-tumble town to look into a case of a missing person—his own boss—who vanished investigating a heroin smuggling operation. What Norton finds is a string of corpses, a gallery of rogues, and a fleet of fishing boats that specialize in red herrings. He also finds himself warming up to the heart-stopping halibut heiress Elaine Halloway.

But is Elaine mixed up in the heroin trade … or a victim of it? To find the truth Norton will have to make living men sweat—and dead men talk. Because every body fished out of the icy waters has a story to tell, and it will take all of Norton's CSI-like skills to squeeze it out of them.

Hubbard wrote The Chee-Chalker in 1940 while on his Alaskan Experimental Radio Expedition. One of its main purposes was to test an experimental radio navigation system enabling the user to locate the source of radio transmissions. While in Ketchikan, Ron used this equipment to assist the US Army Signal Corp, Coast Guard, and local FBI. In the process, he helped uncover a Nazi saboteur who had invented a device to interfere with radio transmissions between Alaska and the continental United States. So it's not surprising that a radio station plays a significant role in this story.