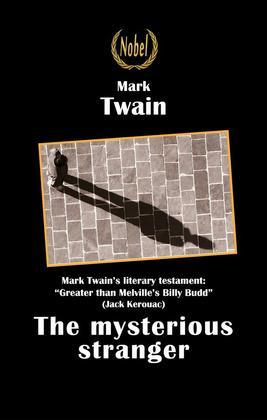 by Mark Twain (Author)
Excerpt Buy for €3.99
Fiction Classics 19th century
warning_amber
One or more licenses for this book have been acquired by your organisation details

No. 44 The Misteryous Stranger was published posthumously, in 1916. The stranger in Twain's novel is none other than Satan himself. A Satan, in fact, very different from how you might expect . It is chaos emissary, the voice of truth. It comes in the guise of a boy in search of work, which is placed in a print shop - an almost inaccessible tower, a microcosm in its own right - and there reveals the pettiness and the fragility of the human soul. Cruel, quackery , misplaced faith. A novel / story imbued with the pessimistic Twain's view of the world, but also enlightened by his humor and imagination.