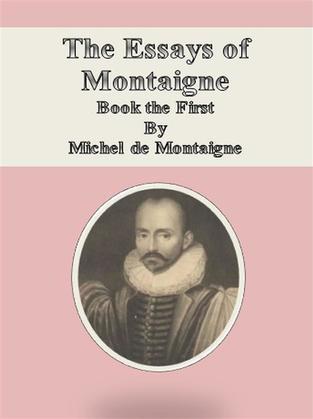 The Essays of Montaigne: Book the First

by Michel de Montaigne (Author)
Excerpt Buy for €2.49
Nonfiction History Other Essays
warning_amber
One or more licenses for this book have been acquired by your organisation details

The present publication is intended to supply a recognised deficiency in our literature—a library edition of the Essays of Montaigne. This great French writer deserves to be regarded as a classic, not only in the land of his birth, but in all countries and in all literatures. His Essays, which are at once the most celebrated and the most permanent of his productions, form a magazine out of which such minds as those of Bacon and Shakespeare did not disdain to help themselves; and, indeed, as Hallam observes, the Frenchman's literary importance largely results from the share which his mind had in influencing other minds, coeval and subsequent. But, at the same time, estimating the value and rank of the essayist, we are not to leave out of the account the drawbacks and the circumstances of the period: the imperfect state of education, the comparative scarcity of books, and the limited opportunities of intellectual intercourse.