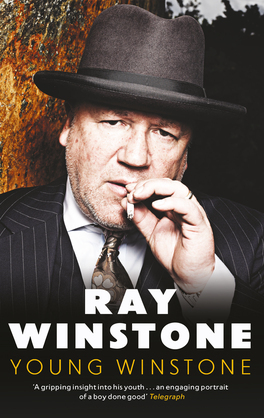 by Ray Winstone (Author)
Buy for $12.46 Excerpt
Nonfiction Biography & autobiography Entertainment & performing arts
warning_amber
One or more licenses for this book have been acquired by your organisation details

Ray Winstone's amazing talent for bringing out the humanity buried inside his often brutal screen characters - violent offender in Scum, wife-beater in Nil by Mouth, retired blagger in Sexy Beast - has made him one of the most charismatic actors of his generation. But how do these uncompromising and often haunting performances square with his off-duty reputation as the ultimate salt-of-the-earth diamond geezer?

The answer lies in the East End of his youth. Revisiting the bomb-sites and boozers of his childhood and adolescence, Ray Winstone takes the reader on an unforgettable tour of a cockney heartland which is at once irresistibly mythic and undeniably real. Told with its author's trademark blend of brutal directness and roguish wit, Young Winstone offers a fascinating insight into the social history of East London, as well as a school of hard knocks coming-of-age story with a powerful emotional punch.