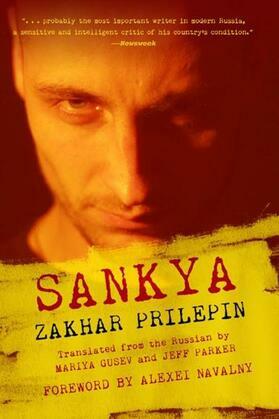 by Zakhar Prilepin (Author), Mariya Gusev (Author), Jeff Parker (Translator)
Excerpt Buy for $9.99
Fiction Literary
warning_amber
One or more licenses for this book have been acquired by your organisation details
Sasha “Sankya” Tishin, and his friends are part of a generation stuck between eras. They don’t remember the Soviet Union, but they also don’t believe in the promise of opportunity for all in the corrupt, capitalistic new Russia. They belong to an extremist group that wants to build a better Russia by tearing down the existing one. Sasha, alternately thoughtful and naïve, violent and tender, dispassionate and romantic, hopeful and hopeless, is torn between the dying village of his youth and the soulless capital, where he and his friends stage rowdy protests and do battle with the police. When they go too far, Sasha finds himself testing the elemental force of the protest movement in Russia and in himself.
Publication date
December 04, 2014
Publisher
Disquiet
Page count
200
ISBN
9781941088128
Paper ISBN
9781938604515
File size
1 MB